Fantastic activities over the half term holidays organised by Cered

Are you looking for somewhere to go over half term? Keen to get some fresh air or to enjoy some live music? If so, make sure you have a look at Cered’s Hwyl Dewi programme for an array of ideas. 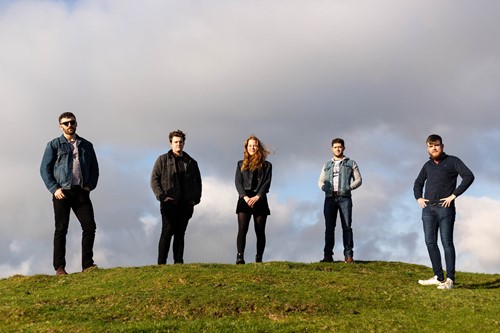 Following the popularity of Cered’s Hwyl yr Haf programmes during the 2017 and 2018 summer holidays, Cered: Menter Iaith Ceredigion have launched a new programme called Hwyl Dewi 2019 which is a guide full of Welsh medium and bilingual activities for children, young people, families and adults of all ages over the February half term holidays and St David’s Day weekend.

Different to the Hwyl yr Haf programmes that have concentrated on the Aberystwyth area, Hwyl Dewi 2019 will extend across Ceredigion in order to include over 20 activities from Tal-y-bont to Cardigan and from Lampeter to Llangrannog.

The programme will start with a gig called ‘Parti Gŵyl Dewi Cynnar’ by Sesiwn Nos Wener Tal-y-bont on Friday, 22 February and will close on Monday, 4 March with St David’s Parades in Aberaeron and Lampeter. Some of the programme’s highlights include Cân i Gymru 50, a gig with Band Pres Llareggub and a sports camp with the Scarlets and Swansea City Football Club.

Steffan Rees, Cered’s Community Development Officer said, “Over 13,000 people used our Hwyl yr Haf programme in 2018 and many of the activities had sold out. While our Hwyl programmes extends across the whole county for the first time, our aim is that it will attract new people from the south of the county to witness the fantastic entertainment available on Ceredigion’s doorstep. It’s very nice to see a number of new organisations join the scheme for the first time like Sesiwn Nos Wener Talybont, Cardigan Castle, Llandysul Library and Gwersyll yr Urdd Llangrannog in order to enrichen the wealth of Welsh activities in our county.”

Hwyl Dewi is a digital programme and you can find all the activities on Cered’s website on www.cered.cymru or by going to the organisation’s Facebook, Twitter or Instagram pages. For more information, contact Steffan Rees, Cered Community Development Officer on 01545 572 350 or by e-mail: steffan.rees@ceredigion.gov.uk.