The Ceredigion Museum in Aberystwyth and the Magic Lantern in Tywyn, Gwynedd will be screening the internationally acclaimed Best of WOFFF, the Women over 50 Film Festival in March to celebrate International Women’s Day. Ceredigion Museum and the Magic Lantern Cinema are working in partnership with financial support from Film Hub Wales. Both are historic cinema locations with a tradition of film shows dating back to the early 1900s. 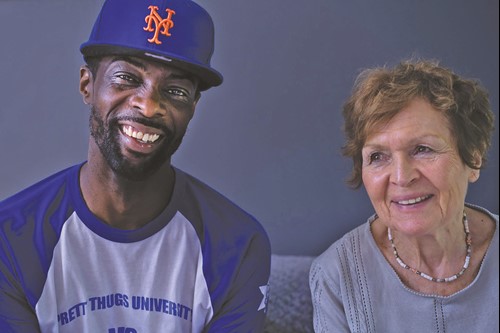 Special screenings will be on Friday 8 March at Ceredigion Museum and on Saturday 9 March and Sunday 10 March at Magic Lantern, Tywyn.

Joining them for the events will be three of the Welsh film-makers whose short films will feature – Annie Grove White from Cardiff, Gini Wade from Powys and Jean Napier from Gwynedd as well as the Festival Director Nuala O’Sullivan.

Women over 50 Film Festival champions and showcases the work of older women on screen and behind the camera. It is a stylish and robust response to the ageism and sexism that many women face in the film industry. The selected films come from as far afield as Taiwan, Canada and Lebanon and range from documentaries and dramas to experimental films and animations.

Sarah Morton from Ceredigion Museum said, “The Best of WOFFF is a wonderful selection of 13 short films that will in turn amuse, astound and agitate.”

Annie Grundy at the Magic Lantern said, “You don’t have to be a woman over 50 to appreciate these films. The selection is very broad ranging from the mischievous “Lady M” to the comedic “Good Girls Don’t” about a young girl who defies her mother’s warnings that she will turn into a boy if she plays basketball!!”

The doors will open at 7pm at Ceredigion Museum where a Q&A will be held with the Festival Director, Nuala O'Sullivan and film-maker Gini Wade will take place. Tickets are £6 on the door or £5 as early bird.

In the Magic Lantern in Tywyn, the doors will open at 7pm for a Q&A session with Festival Director, Nuala O'Sullivan and filmmakers Annie Grove White and Jean Napier. If you would like to enjoy some cheese and nibbles, come for 6pm, where the Magic lantern will offer chutney, wine and pickles! Tickets are available for £6.

For more information or to book tickets contact Ceredigion Museum on 01970612125 or by e-mail on museum@ceredigion.gov.uk. To contact The Magic Lantern call 01654710260 or by e-mail on tywyncinema@gmail.com