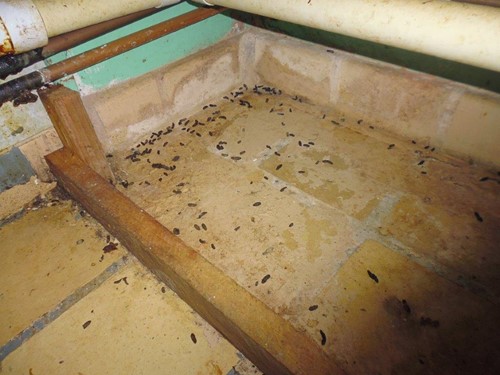 Emergency action was taken by Ceredigion County Council Environmental Health Officers in September 2017 following the discovery of an active rodent infestation at the premises, and resulted in the immediate closure of the food business. Rodent activity, including the presence of droppings, entry points and gnawing, was discovered within food preparation and food storage areas of the premises. Furthermore, Officers also discovered dirty equipment and very poor standards of cleaning.

Rodents carry a number of dangerous microorganisms and pose a significant risk to human health. These can include Salmonellosis, Escherichia coli (E.coli), Hantavirus and Weil’s disease. The presence of rodents within a food premises can transmit these diseases via contaminated surfaces, equipment and the food itself, to such an extent that it is regarded as an imminent risk to health.

Cabinet Member for Public Protection Services Councillor Gareth Lloyd said, “Food hygiene inspections, and Food Hygiene Ratings shown on the doors of the majority of food businesses in Ceredigion, gives reassurance to the public who live, work and visit the county that the food they eat is safe and has been prepared hygienically. However, on rare occasions the Council must take action to protect public health and the reputation of our excellent hospitality industry who work hard to maintain standards.”

Mr Asad also pleaded guilty to a further offence of failing to register a his new food business, namely Shatun Sharha Limited trading as Shampan the Boat Restaurant and Takeaway, River Teifi, Quay Street, Lower Mwldan, Cardigan, for which he is now the proprietor. Mr Asad failed to notify the Commercial Services Team at Ceredigion County Council of this change following his departure from Gulshan in November 2017.

Councillor Lloyd added, “Cases like this underline the importance of the work of our food and safety team and the value of our inspection programme. The food safety team works hard with local businesses to meet and maintain legal food hygiene standards to ensure the best hygiene safety in our county.”

The Magistrates imposed a total financial penalty of £3,107 on Mr Asad for the offences. This included Council costs and victim surcharge.