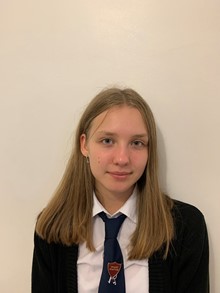 Poppy has already started her new role as MYP, and will participate in various activities both nationally, alongside Children in Wales, and locally as part of the Ceredigion Youth Council. Due to the pandemic, the programme of work for the UK’s MYPs remains a little different, and many of the activities will be held virtually once again this year.

Councillor Catrin Miles, Ceredigion County Council’s Cabinet Member for Schools, Lifelong Learning and Skills, Support and Intervention, said: “It’s vitally important that young people are given a platform to express their voices and have an opportunity to take part in the political process. The UK Youth Parliament is an opportunity for Westminster to hear young people raising the issues they care about most. We are very proud of Poppy as Ceredigion’s new MYP, and we wish her the best of luck for the forthcoming year.”