Cer i Grafu…Sori GARU! (Lovecraft - Not the Sex Shop in Cardiff) at Theatr Felinfach

Straight from the Edinburgh Festival Fringe, Cer i Grafu..Sori GARU! - a Welsh version of the award-winning Lovecraft (Not the Sex Shop in Cardiff), a one-woman science comedy musical about the neuroscience of love and loneliness will be performed at Theatr Felinfach on Saturday, 19 October. 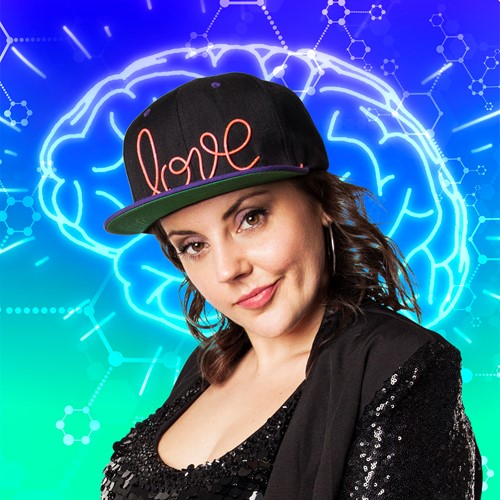 The show tackles the most current themes of wellbeing and mental health with a soundtrack of original, multi-genre songs. This is Carys’ debut as a writer and the show was developed from scratch with the support of Wales Millennium Centre. Carys is perhaps best known as the lead actor in S4C’s hit series ‘Parch’, for which she was nominated for a BAFTA in 2018.

Lovecraft made its debut at Wales Millennium Centre’s Festival of Voice in June 2018 followed by a run at the 2018 Edinburgh Festival Fringe – the world’s largest arts festival. It went on to win a Best Cabaret Fringe Award at the Adelaide Fringe - the world’s second largest annual fringe festival – in March 2019. It returned to the Edinburgh Fringe Festival in August this year as part of the Arts Council of Wales’ ‘This is Wales’ programme, before embarking on its Wales-wide autumn tour with both the Welsh and English version.

Graeme Farrow, the Centre’s Artistic Director, said: “Wales Millennium Centre is committed to creating innovative work that showcases Wales to the world, and this is one of our best examples of that ambition.”

Carys Eleri said: “I cannot wait to tour across the sexiest country in the world with the sexiest science-show that ever came out of it. Whether it’s in Welsh or English, come join the fun my darlings to so we can kick this loneliness epidemic in the teeth. Cwtch is King.

Cer i grafu…sori GARU! will be at Theatr Felinfach on Saturday, 19 October at 7:30 pm.