On Friday, 15 February at 8pm, an acoustic evening will be held at Theatr Felinfach with company from Lowri Evans, Lee Mason and Mari Elen Mathias 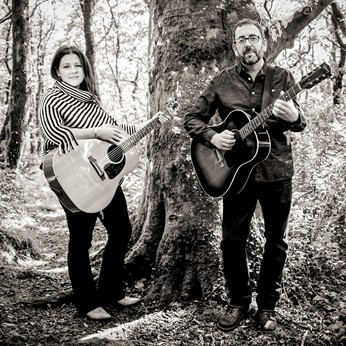 Lowri and Lee were both described by Bob Harris (BBC Radio 2) as ‘One of his absolute favourite artists’. Lowri’s voice is capable of wide emotional power. Her songs take musical colours from a broad palette that includes Americana, Folk, Country and Blues, all beautifully knitted together through her innate musicality and heartfelt delivery.

Lee’s beautifully judged guitar playing and subtle harmonies have been integral to Lowri’s music from the outset. Together they have released seven albums, toured the USA, performed sessions for Bob Harris on BBC Radio 2, been play listed on BBC Radio and regularly perform in venues across the UK. Additionally, they have performed at festivals such as Sesiwn Fawr, Cambridge Folk, Underneath the Stars, Wychwood Festival, Greenman Festival and Hay Festival.

Mari Elen Mathias is an 18 year old singer-songwriter from Talgarreg who is currently studying BA Performance in Cardiff. She performs acoustic Welsh folk in her own unique style. She was a founder and member of the band Raffdam who have performed extensively in festivals as well as on television and radio.

Tickets are £10 and are available from the Box office on 01570 470697 or online at theatrfelinfach.cymru. Please note that tickets are limited so don’t delay.