Ceredigion councillors have supported a motion to make Ceredigion County Council a net zero carbon local authority by 2030. The councillors supported the motion in a meeting on 20 June 2019. 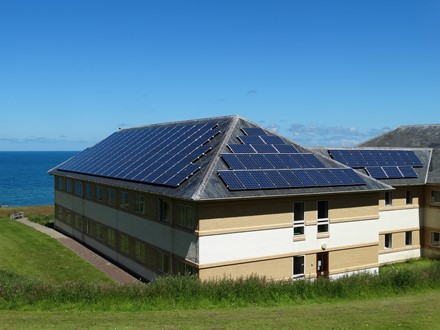 The agreed motion was based on Councillor Mark Strong’s initial motion which raised concerns about a Climate Crisis. An amendment was made to commit the council to an ambitious and specific target. Councillors also agreed that a clear plan should be developed within 12 months to achieve the net zero carbon status.

The motion was proposed by Councillor Mark Strong. He said, “Faced with a Climate Crisis, I am pleased that my fellow councillors have agreed that we need to take drastic action to reduce our emissions. The council has already reduced carbon emissions a great deal, but we must go much further.”

Earlier in the month, the council’s Cabinet approved its third Carbon Management Plan. The ambitious new plan is targeting a 15% reduction in emissions by 2023. The previous plans have achieved a 45% reduction of CO2 since 2007/8, a reduction of over 7,000 tons of CO2.

The new Carbon Management Plan includes a number of projects to achieve the emissions reduction target. They include investing in a new more energy efficient fleet of council vehicles and improving heating systems in Ceredigion schools.